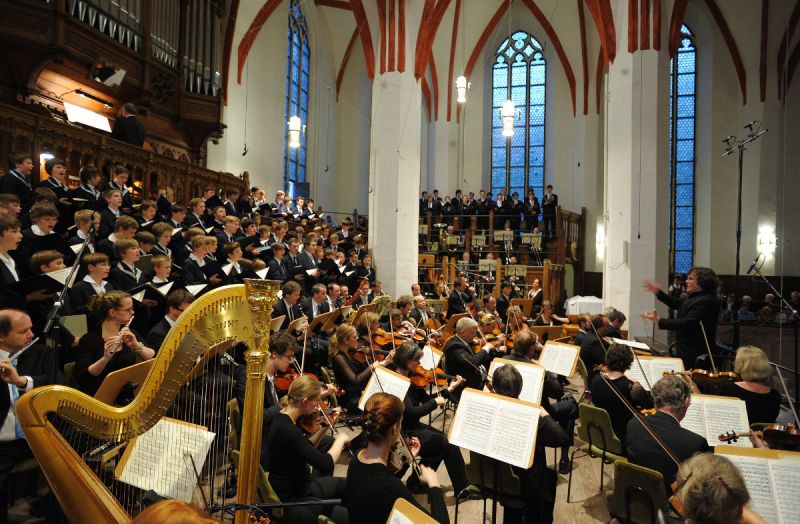 The Magic Flute by W.A. Mozart

Is it advisable or even teachable to create a Lady of the High Society from a mere Flowergirl out of London slums by mere transforming her language ?
Phonetic Professor Higgins is quite sure about that - and is taking up a bet !

Since the filming with Audrey Hepburn in the Broadway-classic, Frederick Loewe's musical by George Bernhard Shaw's comedy 'Pygmalion' still belongs to the most played and popular stage entertainment of the twentieth century. The German Evergreens like „Wär' das nicht wunderschön", „In der Straße wohnst du","Bringt mich pünktlich zum Altar" and „Ich hätt' getanzt heut' Nacht"as well as the English ones make ‚My Fair Lady' to a genuine classic.

Experience this classic in the MUSIKALISCHEN KOMMÖDIE (MUKO) in Leipzig,

Dr. SCHIWAGO - based on the epochal world-class novel by Boris Pasternak. Now to be experienced as a large-format musical in the Muiskalische Kommödie Leipzig: PIECE INFO Musical in two acts | Book by Michael Weller | Music by Lucy Simon | Lyrics by Michael Korie and Amy Powers | Based on the novel by Boris Pasternak | German by Sabine Ruflair (lyrics) and Jürgen Hartmann (book) German-language premiere 2018 |

DESCRIPTION Love in times of revolution: With "Doktor Schiwago" Boris Pasternak not only created an epoch-making novel of world renown, but also the template for David Lean's Oscar-winning Hollywood film with Omar Sharif. Now the love story about the poet doctor Zhivago can be experienced as a large-format musical. Grew up in the Russian Empire, Jurij Schiwago gets caught in the turmoil of war and revolution between the fronts. As an independent free spirit, he stands not only between two regimes, but also between two women, his wife Tonia and the mysterious Lara. But Jurij is not Lara's only admirer: alongside him, Lara's childhood friend Viktor Komarovskij and her husband Pascha Antipov, leader of the Red Army, fight for their hearts. Pasternak himself could no longer witness the success of his work, in the Soviet Union his novel was reviled and banned for 30 years. In 1958, out of love for his homeland, he even turned down the ­ noble ­ ­ prize for literature and died in seclusion two years ­ later. With her Broadway musical, the two ­ time Grammy winner Lucy Simon is now bringing his greatest work back to life and creating ­ a timely ­ ­ sound that also integrates ­ emotional ballads like the overwhelming Russian tonal language Book a good hotel place (price / performance) according to your taste

Restricted number of tickets due to strong demand Contact

In many cases reservations are advisable for which LK cares pleasantly. 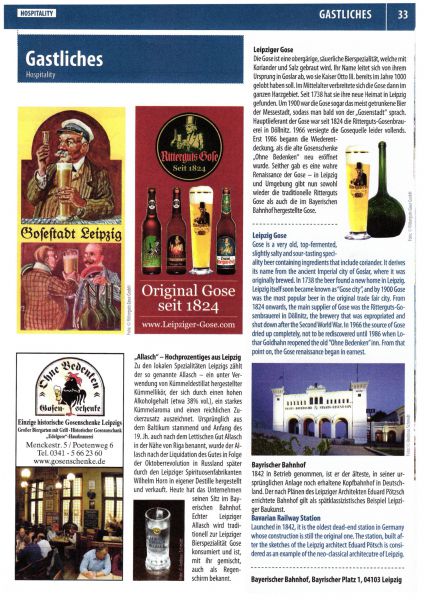 one hundred reasons to travel to Leipzig

Do you find more than one out of one hundred reasons to travel to Leipzig ?

Well help you to fix suitable accommodations, sightseeings, concert tickets and other difficult things in a chosen period of time - for individuals as well as for big groups.

Read more … one hundred reasons to travel to Leipzig

2018 - for half a year long particular chosen Musikangebote....

From Lakes paddling into Leipzig's City